Why product launches are such painful processes for Product Marketers 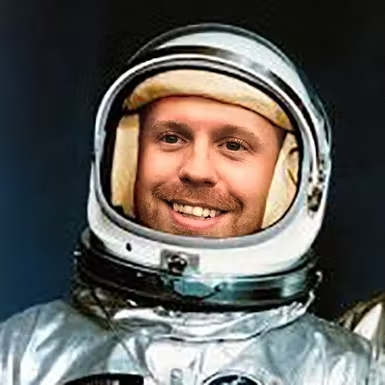 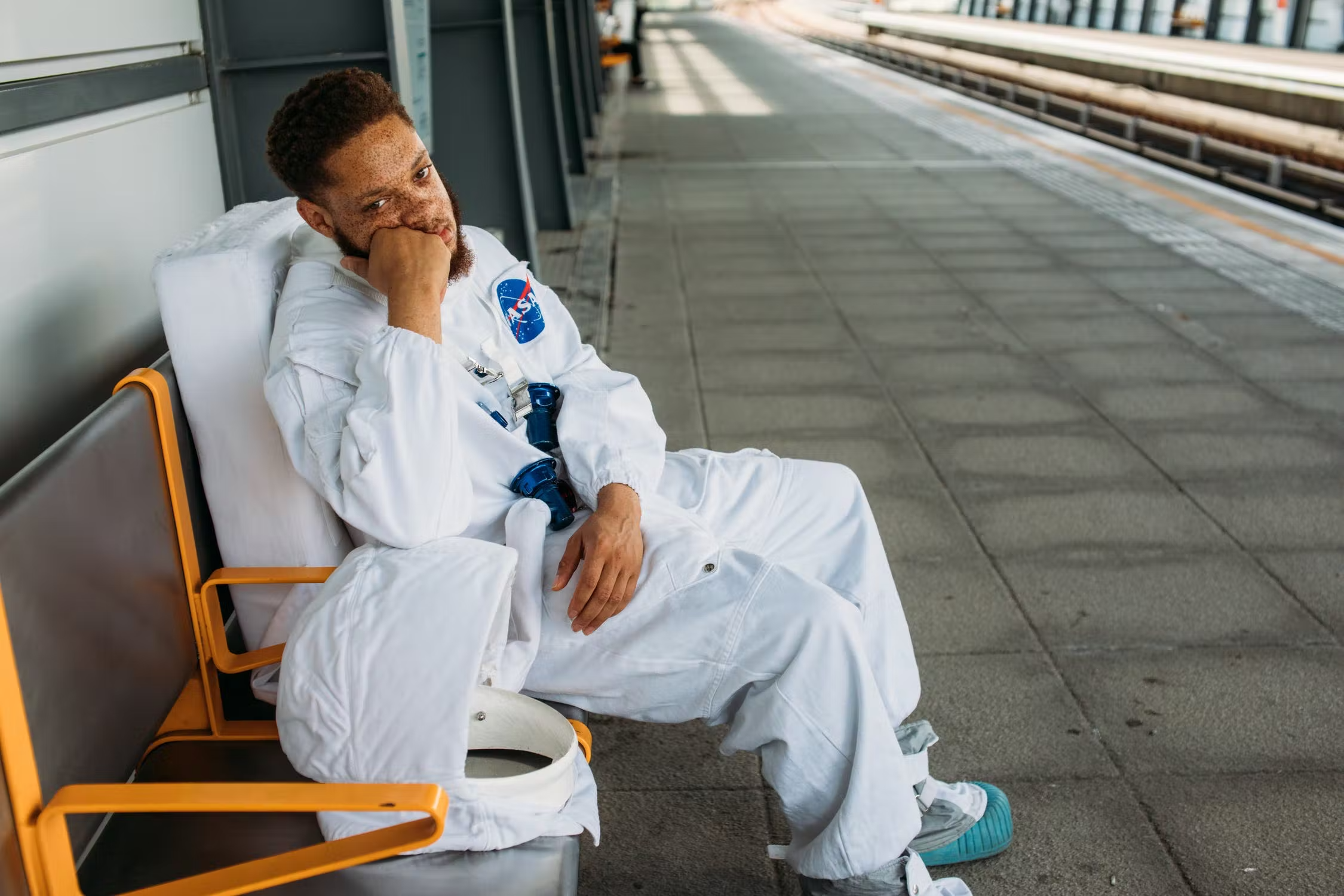 Launches are a chaotic nightmare of too many stakeholders, disconnected systems, and chaotic date reshuffling. We explore just why they’re so painful.

Launching a product is like childbirth. You’re bringing something brand new into the world; it’s so dang exciting and you just can’t wait to show it off. The end result will be more than worth it (fingers crossed) but there’s no denying it’ll be painful as hell along the way.

In theory, launching a product (or feature or company or campaign) is a well-strategized and uber-coordinated game plan to debut whatever it is you might be catapulting into the market. In practice, it’s often a cacophony of confusion amongst a gang of headless chickens. 🤷

You’re reinventing the wheel process-wise, your stakeholders have no idea where info or assets are, and keeping all the moving parts operating in sync is a herculean task.

When it comes down to it, you’ll wonder why you even got yourself into all this in the first place, and you’re probably gonna want to scream at some point. Launches are *hard*. Especially for small or solo product marketing teams with minimal (wo)manpower.

But when your new creation is finally born - in this case, a new product or feature or company (not a crying, projectile-pooping, miniature human) - and you repress the agony, you’ll burst with pride and want to do it all over again.

Why getting launches right is so dang important

Before we dig into launch-related trauma, let’s take a quick look at why getting a launch right is of such paramount importance if your product is going to succeed, and if you want your team to come out the other side (mostly) unscathed.

Launches first tell customers your product even exists (mildly important). But, creating a coordinated launch also helps that announcement actually be more effective. Stacking independent channels into a cohesive launch causes amplification effects for each of those channels by themselves. It’s the age-old domino effect and there’s nothing more satisfying than lining those pieces up and watching them tumble straight into the line of success.

If a customer gets an email telling them about your product, and then sees it in a press story and on your blog, and then sees an ad for it, and then hears about it on their next customer success call, all in the same day… Psychologically, they’re much more likely to realize that thing is cool/important and convert to a user.

Fast-tracking awareness by cutting through the noise

A knockout launch will stand out among the noise of other companies’ announcements, giving your customers - and hopefully even some of your competitors’ customers - a clear thing to hone in on.

A launch provides a critical education point for internal teams. It draws focus to a new product in a way that makes them more likely to absorb and care about it relative to all their other priorities. This’ll pay dividends over time because teams won't just move on to the next thing immediately - they’ll understand the importance of your new baby and invest in its success, rather than just going through the motions.

When executed well, a launch can be blood-pumping; exhilarating! It has the potential to ignite a fire in the belly of the company and across teams; rocket fuel to boost morale and catalyze an innovation-first mindset for the next launch in line.

But when they’re not… Well, go on, you can say it - launches are an absolute nightmare and quite possibly the worst part of the PMM role. Typically, they become complete and utter operational hell and a total shi!tsh0w. 💩

But why do launches suck so hard?

Let’s unpack a few of the main reasons why launches can become such a stinging pain point for product marketers. 👇

Locating info is like finding a needle in a haystack.

Launches touch every single department in some way. There’s a proverbial finger in ALL the pies. There are tons of moving parts and tasks to manage, as well as sprawling, heavily fragmented documentation to deal with. It’s like a Jackson Pollock, splattered all over the place.

Nobody except the person leading the launch knows where all the plans and assets are, what’s current, and what’s approved. Documentation is scattered across a thousand Google Docs, ten million spreadsheets, and so many Asana checklists that even to-do lists have got to-do lists. Manually sending plans and assets via email like it’s 1999 - something that should have been left in the nineties along with curtain fringes and parachute pants.

As a consequence, oftentimes, it’s incredibly difficult to track down the information you need or to get a good look at the current status of things. This rings particularly true for cross-functional teams who are just not quite as close to the iron.

Okay, so, at this point, you’ve got a bunch of headless chickens running around pecking for information and failing to communicate with each other.

Communication and collaboration between the PM and the PMM has also disintegrated as product teams’ ship dates and scopes are constantly shifting. Plans frequently get out of sync, and the meticulous GTM launch plan you once had in your back pocket gets all out of whack with product timelines. It’s a clucking GTM circus, and the PMM is just desperately trying to ringlead it to success.

The key here is to make communication relevant and specific.

Each stakeholder speaks their own nuanced language around launches, and subsequently needs their own specialized set of information to execute their portion of the plan. So, sharing the whole plan almost never works and just confuses things.

The more the merrier messier.

Companies often try to stick a bandaid on the situation by throwing bodies at the problem. Not literally, because then they’d have a lawsuit on their hands too and nobody needs that when there’s a GTM plan on green.

They add complexity by adding humans to manage the process. Then, they have status meeting after status meeting, all while the company dumps thousands of dollars down the drain on wasted meeting time among five different (expensive) department heads.

There’s nothing wrong with iteration in all the right places but when it comes to launches, far too many PMMs reinvent the wheel process-wise as each new launch rolls around, but then don’t spend enough time innovating on the actual meat of the plans

It might be repurposing audiences, recycling the same tactics time and time again, or running with stagnated messaging.

Companies “just do what they did last time” and nestle down comfortably in what they already know, avoiding eye contact with innovation at all costs. But why? Even the smallest innovations can have a gargantuan impact. Well, often because the brains responsible for this innovation are far too deep underwater on project management to be able to think strategically. Companies end up drowning their greatest ideas.

Then there’s the issue of consistency - or lack thereof.

Often, there's little consistency throughout the launch process from team-to-team within a company.  We spoke to a Twitter PM who told us each PMM he works with has a completely different process and plan formatting, which means every time he ships with a new product marketing team, it’s back to square one, re-learning all over again.

Where’s the sense in that, right?

Did it even work? Who knows?

Properly measuring the impact of launches? HA! That’s a whole different ballgame. A customer once said to us, “every launch is a success, or no launch matters because nobody knows how to measure them” - and wow, that hit home.

Companies don’t know what worked and what didn’t because they don’t set proper KPIs, or have a simple way to track this valuable information in one place (without conducting a whole mess of SQL queries across different databases). So they shrug it off and move on to the next launch.

And you know what the most B-A-N-A-N-A-S thing about all this is? (If you didn’t read that Gwen Stefani-style we can’t be friends)

You can talk to folks at companies like PlayStation and Nike - top-tier companies you think have got it all figured out - and it’s the same; it’s all still true no matter what the size or maturity of the company.

The worst symptom is that many companies have abandoned launches altogether, in favor of speed. Launches are “too hard”, so they just ship stuff out into the void and cross their fingers, toes, and eyes that customers will find it.

[Narrator: The customers do not, in fact, find it.]

For those who DO put a launch plan in place but plan it poorly and make all of the fundamental mistakes we’ve covered thus far, it can put a serious dent in revenue. A poorly planned launch doesn’t come cheap.

Companies can hemorrhage cash on expensive launch meetings that are rendered pretty unproductive, hiring dedicated project managers, and - of course - the cost of missed revenue opportunities.

The solution? A central, dedicated hub for launch planning. Not a bunch of mediocre templates in overly-generalized platforms like Airtable and Google Docs. That’s why we’ve built exactly that at Ignition.

If you want to nail your next launch and make the process suck a little less, let’s talk.

Thank you! Your submission has been received!
Oops! Something went wrong while submitting the form.