Yes, you need a launch process—here’s why (and when). 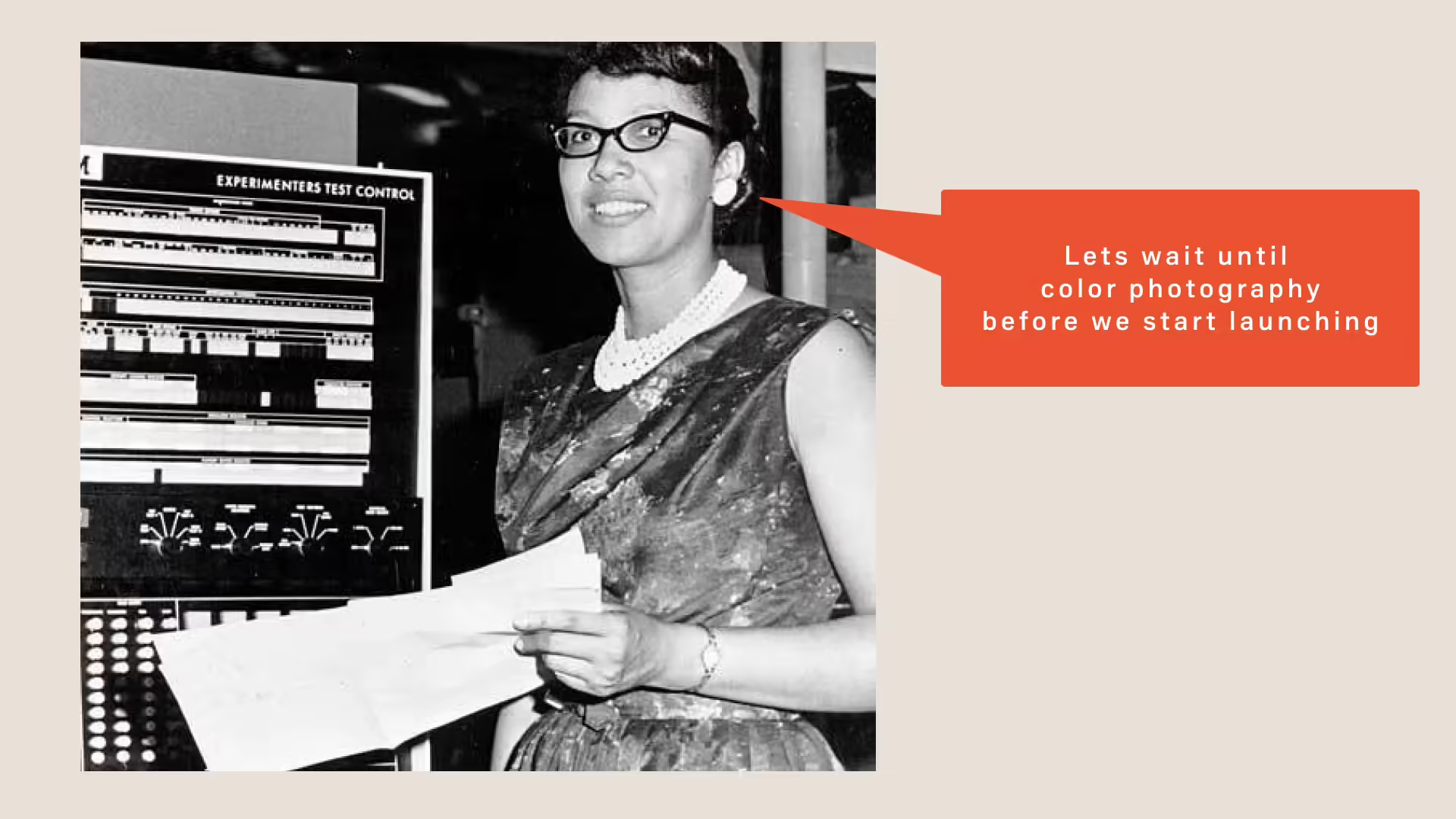 No, you’re not “too early” or “too small” to implement launch processes.

Here at Ignition, we hear from a lot of companies—especially startups—that approach product launches apathetically.

We get it. When you’re moving fast and have limited resources, launching can feel like one of those heavy-duty lifts “only big companies do”. Sometimes you have to go slow to go fast though.

If you don’t care enough about launches, and believe all you need to do to launch a product is write up a bit of copy, send an email to customers, and maybe tweet out a blog post... We hope you also don’t care if people use your product ;).

According to Bain’s research, companies that implement launch best practices see up to 2x faster growth than those that don’t. And 81% of CMOs agree that launches “make or break” the long-term success of a product.

Launches are especially important as we head into 2022. McKinsey predicts that the world will see an uptick in CPG product launches as we gradually start to move past the pandemic, and tech companies competing for consumer attention will need to follow suit.

To break through the noise and drive product adoption, your company will need an effective product launch process.

Launches are the single biggest lever for customer adoption of a new product or feature. Top companies know this, and spend outsize percentages of their effort/media dollars during the launch window.

Launches present a unique moment to bring customers’ and the media’s attention to your new product and convert that buzz into ongoing usage.

The key is promoting your launch on multiple marketing channels in a focused, integrated fashion. A single tweet is like shouting into the void — it may lightly pique a customer’s interest. But when that same customer sees a tweet, a press story, an ad, and an email, that light interest turns into a wave of motivation to try out this big new thing.

Launch marketing builds on itself in strengthening your brand’s positioning. When people see a steady drumbeat of meaningful launches from your company, they’re much more likely to perceive you as innovative and “hot”. This drumbeat is a powerful strategic lever to help shape customer perception of your company’s place in the world.

Launches may feel like a fleeting, point-in-time activity. but it’s important to view them for what they really are—a forcing function to rigorously develop the strategy, documentation, and assets needed to support a product’s long-term success. Because these things don’t even exist pre-launch, the launch process forces the company to devote thought and resources towards developing them, which may be hard to come by once the launch window is in the rear-view window. Nobody wants to spend time making a video, or deeply analyzing pricing for a product you launched 8 months ago, but leading up to launch everyone is eager to do so.

Go back and look at your company’s launches from three or four years ago — when was the last time the assets, help center articles, or pricing structures associated with that product were updated? If you’re like many companies, there’s a very good chance they haven’t been. Yet, they’re absolutely still impacting how that product is performing, which is why getting them right from the outset is critical.

Launches set your team up for success by both educating and energizing them.

Marketing and Product teams can sometimes forget that while announcing new products to customers is important, announcing them to Sales and Support teams is as equally so. Your customer-facing teams are the ones who have to explain your products to interested or frustrated customers—making sure they know what they’re talking about (before they have to talk about it) is critical.

With an effective launch process, you’ll better prepare these teams and equip them with the info, assets, and advance notice they need in order to effectively promote your product.

Like motivating customers to buy a product though, you also need to motivate your internal teams to sell it. There are often many conflicting internal priorities at any company, which your launch is competing with for attention. An effective process will draw focus to your new product and reinforce to your customer-facing teams the importance of promoting it.

Plus, your new launch will be a great rallying cry to raise morale across the company, by breaking up the day-to-day with an exciting moment.

Launches’ impact can be hard to measure. It’s hard to do direct dollar-to-dollar attribution on them in the same way you can with something like lead generation. But measurement challenges do nothing to diminish their impact.

Implement launch processes from the start, even with small launches

You may think you’re too early, or your launches too insignificant, to be ready to deploy a formal launch process. But this just isn’t true. A quality, repeatable launch process takes these factors into account and is adaptable to the specific circumstances of your launch.

Create a launch process early in your company’s life to minimize bad habits that can be challenging to unseat later. You’ll build launch muscle that will serve you well as your company scales. Your internal product knowledge will also be better organized and accessible.  Most importantly though, you’ll grow faster!

The biggest reason not to deploy a launch process early is that it can take time to build and operationalize—time you may not have. At Ignition, we can help by instantly deploying a repeatable process for all of your launches—big, small,  and everything in between. With dynamic plans that automatically adjust to your launch’s characteristics, you can generate comprehensive, optimal plans in 10 minutes or less.

Ignition is free to try,so sign up today, and start launching more effectively!

Thank you! Your submission has been received!
Oops! Something went wrong while submitting the form.